Sirens were heard in the South County around 6 o’clock this morning as Sheriff’s Deputies chased robbery suspects in the Lake of the Pines Area. A 9-1-1 call came into the Nevada County Sheriff’s office regarding a burglary in the 17 thousand block of River Ranch Road off Dog Bar Road. Sheriff Keith Royal says the victim observed a Bronze pick-up parked at his neighbors gate. Knowing the home was vacant the neighbor went next door to investigate. When the victim approached the truck he saw a man laying on the ground. When the victim approached the man on the ground, the man got up and with a 2nd man that was hiding, attacked, throwing the victim to the ground taking his keys and some personal belongings and the 2 suspects left. A be-on-the-look-out was put out to law enforcement, and shortly after, deputies found the bronze pick-up and a chase ensued.

The Sheriff says several Lake of the Pines residents reports men matching the description of the suspects running through back yards. The CHP provided a K-9 unit and determined that one of the suspects, left the lake of the pines area. The second suspect returned to the Dark Horse Golf Course where local golfers help to catch him.

Deputies set up a perimeter in the area and the second suspect was located and detained by Lake of the pines security. The second suspect is identified at 19-year old Jordan Rose. Deputies are trying to establish a motive for the robbery and are not sure if the neighbor was an intended victim or not. The investigation continues. 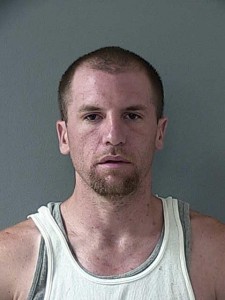