There was no shortage of toys or merriment at the 24th annual Nevada County Food and Toy Run on Saturday. 1,145 motorcycles followed the parade route from the Rood Center to the Nevada County Fairgrounds, including Big Dave, a local resident who was on his newly refurbished bike on his first ride in the parade.

At the Fairgrounds a crowd of well-wishers cheered and thanked the riders for their donations of toys, including Patty Francis with head start.

click to listen to woman with Thank you cards

The Toy Run co-operates with Head Start and Big Brothers Big sisters to identify children and families in need of toys and food for Christmas. No one went home empty handed.

One woman brought her young daughter to watch the riders and to donate gifts.

And as always it did not rain on the Nevada County Food and Toy run, and there were plenty of toys and lots of food to go around. 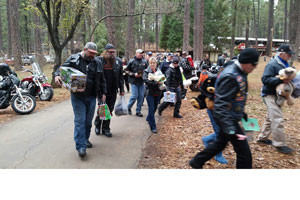 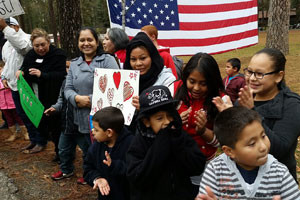 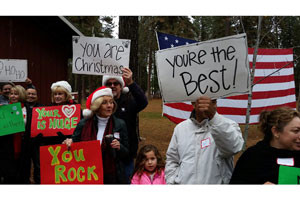 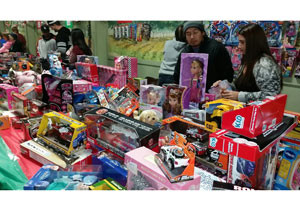