The David Alkire  for District Attorney 2014 campaign kicked off this past weekend .   According to an Alkire media release the event attracted a broad spectrum of attendees including disgruntled victims of crime and a significant number of local attorneys, .  KNCO news reached the candidate yesterday and he explained why he is running.
Click here to listen to David Alkire

Cliff Newell is the current District Attorney and has announced he is running for re-election for what would be a third term. 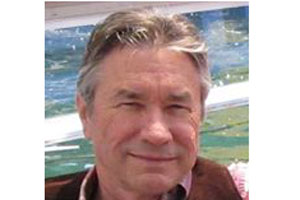 Alkire, who is 68 has been a practicing attorney in Nevada County for  10 years and prior to that worked In Monterey and Los Angeles County.
Click here to listen to David Alkire

Alkire says he has the endorsement of the bargaining committee of the Nevada County Attorney’s Association, which includes  non-management attorneys employed by the  Nevada County District Attorney’s and Public Defender’s offices.

Alkire says he closed his law office late last year to avoid any conflicts of interest.