4 people rescued when their SUV Stalls in Greenhorn Creek

A swift water rescue had to be initiated after a small SUV  with 4 people on board got stuck in Greenhorn Creek in rural Nevada County Sunday night.

Peardale Chicago Park Fire Chief Jim Bierwagon says there were two couples in the vehicle and when they arrived two occupants had made it to  shore. The Nevada County Consolidated swift water Rescue team was called in to get the other two occupants to the shore.

All four victims were then escorted to the awaiting ambulance, were they were treated and transported to Sierra Nevada Hospital for early stages of hypothermia.  As for the vehicle it’s still in the creek.

Retrieving the vehicle will be even more difficult as the river has swollen to 150 feet wide with the large amount of rain runoff. 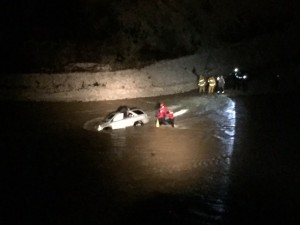 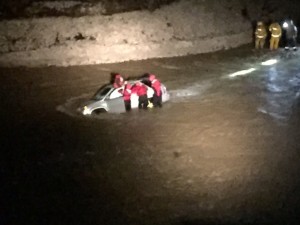 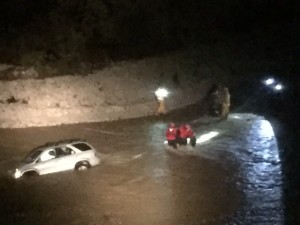