On June 29, 2016 at approximately 4:30 PM, the Nevada County Sheriff’s Office Narcotics Task Force executed two separate search warrants in the 10000 block of Aladdins Court off of Cook Road, located in the Rough and Ready area.

Upon arriving at the first location, detectives contacted and detained three subjects one of which was identified as Pirscilla Anokhei, (31) years old from Bahrain. During the search of the property, detectives located five different hoop houses and an outdoor plot that contained a total of 239 marijuana plants under cultivation in various stages of growth. A search of the residence revealed that several rooms including the garage area were being used as drying rooms and trimming areas. In the basement area detectives also located an indoor grow area that contained an additional 102 marijuana plants under cultivation.

While at the location another tenant who was identified as Zaid Seif, (27) years old from Jordan arrived at the residence. After interviews were conducted it was determined there was only one recommendation for the marijuana being cultivated and that both Zaid and Pirscilla were responsible for the marijuana grow. Both were taken into custody and booked into the Wayne Brown Correctional Facility for Illegal Cultivation of Marijuana and Criminal Conspiracy.

During the execution of the warrant at the second location, detectives located a travel trailer, a small garage/shed and 7 large hoop houses. A search of the hoop houses revealed a total of 311 marijuana plants under cultivation in various stages of growth, that range from 6-10 feet in height. After searching the property it did not appear anyone was living on the property. Detectives did not locate any recommendations on site and the marijuana was eradicated. The investigation into the subject(s) responsible for this cultivation site is ongoing.

Detectives located multiple electrical items running in and around the hoop houses at both locations and due to the fire danger of the tall dry grass where several hundred feet of extension cords were running through, Pacific Gas and Electric (PG&E) and Nevada County Code Enforcement were requested to respond to the scene. Once PG&E and Code Enforcement was on scene, the determination was made to turn power off to both properties. 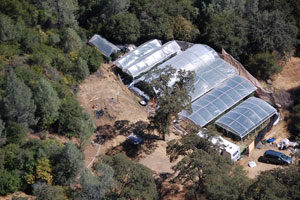 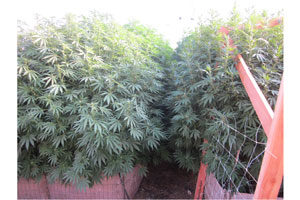 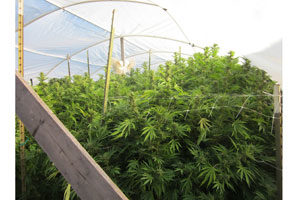 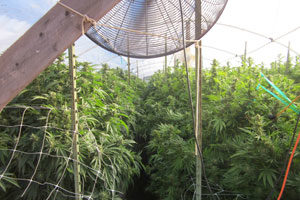 This is why we moved out of Nevada County. We loved the community otherwise and were so saddened to see it reduced to an almost 100% centered drug town. The community voting in favor of cultivation was the final straw. There is no turning back, Nevada County is a gutter now. So sad to watch. A once beautiful community has been lost. No normal folks will stay to raise their kids there.

I am not against marijuana per say but the irresponsibility of the people who grow and the trash it brings into our community is disgusting, Our residents have been after the police to check out grow sites for a year to no avail. I am glad they FINALLY did SOMETHING. Tell them to come up Rough and Ready Rd and Empty Diggins. We got a surprise for you.