A Knock in the Night and Heroin Lead to Separate Arrests

An aggressive knock on the door of a Red Dog Rd house at 2:00 AM had residents calling the Nevada County Sheriff’s Office. Sheriff Keith Royal says deputies responded to the address and found a subject, 22 year old Jayson Rose knocking on a door of a different residence.
Click here to listen to Sheriff Keith Royal 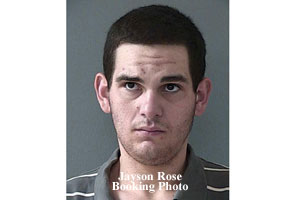 Rose never did explain why he was knocking on doors.
Officers administered field tests and determined Rose was under the influence of a controlled substance and while running his name discovered he was also on probation.
Rose was taken into custody for being under the influence and violating parole.

A man is in custody again for drug related charges; this time after going home when his wife did not want him at the house. The couple had been separated for several weeks and according to Sheriff Keith Royal the woman called law enforcement when the suspect, Mark Payne, was in the house without permission.
Click here to listen to Sheriff Keith Royal 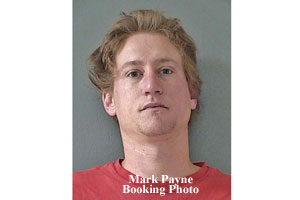 The deputy asked if Payne had any other property at the house that needed to be retrieved. He said there was a plastic bin with clothing in it. The bin was retrieved and officers asked if they could search it.
Click here to listen to Sheriff Keith Royal

Payne was placed under arrest and as he was searched prior to being put in the vehicle, another two syringes were found.
Mark Payne was booked into the Wayne Brown Correctional Facility for possession of narcotics and paraphernalia and committing a felony while out on bail for a previous arrest.