An Alta Sierra Man has been arrested for poisoning  his girlfriend with Visine.  According to Sheriff Keith Royal the victim and her boyfriend had been in a tumultuous relationship when the  boyfriend,  27 year old Shayne Curtis Carpenter allegedly placed several drops of  the eye  medicine into her drink.   An ingredient in Visine, Tetrahydrozoline, can cause nausea, vomiting, difficulty breathing, changes in blood pressure and blurred vision.   Sheriff Royal says it’s often abused as a date rape drug. 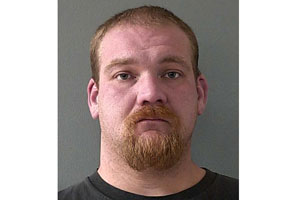 The woman was treated at Sierra Nevada Memorial Hospital and released. Then she found an incriminating message  on Carpenter’s cell phone.
click to hear Keith Royal
Sheriff Royal says Carpenter was contacted and  interviewed by deputies and he did admit to poisoning his girlfriend.     Carpenter was arrested Thursday on suspicion of willful poisoning and spousal abuse, both felonies,  and was booked on $35,000 bail.