Arraignments in Murder Trial Held Over

Two formalities and two motions from the defense in regards to a murder case in Nevada County Superior Court.
As a result, the arraignment for the two defendants in the case is held over until early September.

Friday evening, a grand jury indicted Scott Hollingshead and Christopher Nix for the April 14th murder of Brian Spaulding in front of his Banner Mountain residence. The two defendants, in custody since May 20th, are charged with murder with special allegations for “lying in wait” “aiding murder” and “discharge of a firearm causing death.” The grand jury indictment supersedes the original charges; so a motion to dismiss the original case was made by the Assistant District Attorney Anna Ferguson and accepted by the defense and judge. Also, attorneys Steven Munkelt and attorney Keri Klein originally appointed to represent Hollingshead and Nix, were re-appointed to represent their clients in the new case.

Before moving forward with the arraignment Munkelt made a motion to review documentation provided to the Grand Jury. His claim that the documents regarding witnesses to the grand jury were not provided in the proper manner. Anna Ferguson is not concerned with the request.

In addition to that motion, Klein made a second motion to not allow the investigating officers to contact her client without representation. Klein claims that officers had been attempting to question her client while in custody. It was also alleged that investigators were inappropriately sharing information with witnesses. Ferguson says her staff and law enforcement will comply.

Nix and Hollingshead will return to the courtroom on September 8th for further arraignment. 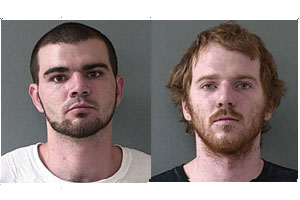