El Dorado County authorities have announced that they believe arson is the cause of the King Fire, burning near Pollock Pines.

Sheriff John D’Agostini at a news conference this morning. El Dorado County District Attorney Vernon Pearson told the assembled media that the arrest was made yesterday… 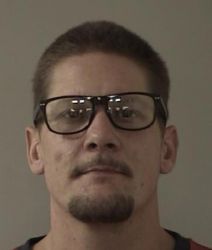 No details about the arrest were made available, or what led authorities to Huntsman. Pearson did thank citizens of the area for helping with the investigation…

That fire has grown to over 70-thousand acres–more than doubling in size overnight.

I THINK PERSONS RESPONSIBLE FOR SETTING FIRES SHOULD BE GIVEN THE DEATH PENALTY, THE LIVES & PROPERTY OF PEOPLE ARE GONE INCLUDING DEATHS OF NOT ONLY PEOPLE, BUT OF ANIMALS WILD & DOMESTIC, NOT TO MENTION THE FORESTS WE ALL LOVE...