All the chairs were full and some people were standing for two hours as Assemblyman Brian Dahle hosted an Agriculture Town Hall meeting today at the Supervisors Chamber in the Rood Center.
Click here to listen to Assemblyman Dahle

Assemblyman Dahle, who is himself a 4th generation farmer heard from local ranchers and farmers that it’s getting hard to stay on the family farm or run an 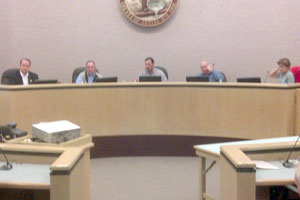 Agriculture business. Clifford Peterson says he used to raise   rabbits and sell  the meat to local grocery stores. He claims he can no longer do that because he’s required to have a Certified Kitchen which is cost prohibitive. All the farmers and ranchers are concerned about the continuing drought and limited water storage in the state. California Farm Bureau second vice president Jamie Johansson says the lack of   processing plants in the state is another problem.
Click here to listen to Jamie Johansson

Tom Browning who is a 6th generation rancher in Nevada County says it was nice to have people in places of decision making willing to listen to them.
Click here to listen to Tom Browning

Agriculture is the biggest Industry in the state.  If California were a nation it would be 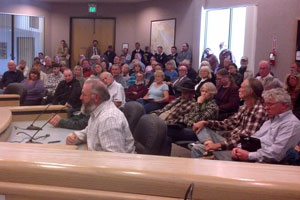 the third largest agriculture source in the world.