T’is the season to announce election plans; and with The Honorable  Sean Dowling announcing he will not seek re-election, Nevada County Assistant D A Anna Ferguson announces she will run for Dowling’s vacant seat.
Click here to listen to Assistant DA Anna Ferguson 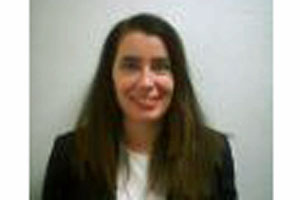 Ferguson has 20 years of experience and over 100 trials as an attorney and looks forward to sharing that knowledge as a judge if elected in June. Ferguson also says that Judge Dowling is a tough act to follow.
Click here to listen to Assistant DA Anna Ferguson

Ferguson has been Nevada County Assistant D.A. for seven years. Prior to coming to Nevada County Ferguson served as Associate Attorney for a civil insurance defense firm in Long Beach, Deputy Public Defender for Tulare County, Special Assistant Inspector General for the State of California Inspector General’s Office Bureau of Independent Review auditing prison internal affairs cases, and Deputy District Attorney for Kings County.
Ferguson currently serves on the Nevada County Law Library Board of Trustees. She has also been formally endorsed for candidacy by the California Fish and Game Wardens’ Association.