A suspect arrested after allegedly attempting to break into the Salvation Army on Alta Street in Grass Valley. According To Nevada County Sheriff Captain Jeff Pettitt, the call came in late Saturday night. Deputies responded to find a an adult male who resides in the front part of the church.

The individual went to investigate the sound. 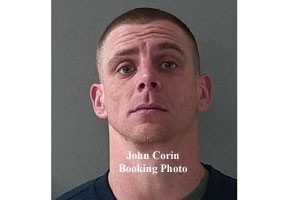 At that point the man climbing through the window fled. Through a description from the man inside the church and a second witness that was in the area at the same time, the subject was identified as a John Corin and deputies attempted to locate him.

Corin was booked into the Wayne Brown Correctional Facility for second degree burglary.