Bierwagen says the building was a total loss when they saw the roof was already in flames.
Click here to listen to Chief Jim Bierwagen 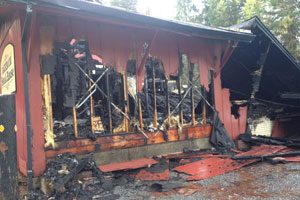 It took fire fighters approximately 30 minutes to bring the blaze under control.
According to the Chief the business had been closed for a while but recently changed hands.
Click here to listen to Chief Jim Bierwagen 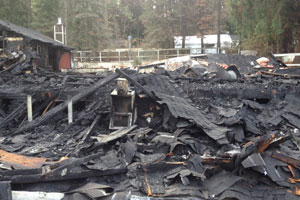 he cause of the fire has yet to be determined. Bierwagen was waiting for the property owners and fire investigators to arrive so they could get permission to begin the investigation.