A bar fight in Smartsville had the losers go to the hospital and the winner to jail. Nevada County Sheriff Keith Royal says a call from the Lake House Restaurant on Saturday night. The fight involved two groups of men at the bar on Highway 20 and Mooney Flat Road at the Yuba County line. An altercation between the two groups ended with one group getting additional help. The Sheriff says when the second group returned a melee ensued. 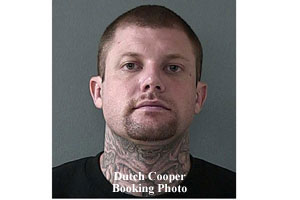 An alert witness took down the license number of the suspect vehicle fleeing the bar. Deputies found and took 29 year old Scott Hodges of Penn Valley into custody for assault with great bodily injury and Dutch Cooper was taken into custody for violation of probation. The victims were treated at the hospital and released. The report will be filed with the District Attorney to see if additional charges should be filed.