A Smartsville  man is now in Nevada County jail after being arrested yesterday (Thursday) in connection with a fire in a commercial building in Grass Valley that authorities believe was caused by a butane honey oil lab. The Grass Valley Fire Department and a battalion chief with the Nevada County Consolidated Fire Department were dispatched about 2:30 a.m. to an alarm activation at 125 Spring Hill Drive. Additional fire crews from Nevada City Fire Department and Cal Fire were also called to assist.
They arrived to find a single story commercial structure with smoke showing from one of the units. After forcing entry fire crews extinguished the fire preventing significant damage to adjacent units. Indicators of a possible Butane Honey Oil (BHO) lab were located once the fire was extinguished and smoke cleared. Grass Valley Police officers, along with the Nevada County Sheriff Narcotics Task Force were requested to the scene. 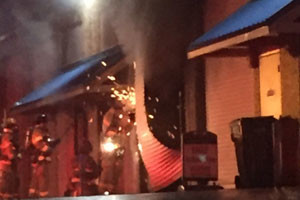 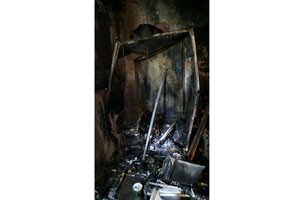 Task force officers determined there was evidence of butane honey oil manufacturing, and detectives subsequently served two search warrants, one at the business and one at the residence of the business owner, Glenn Hoover, age 50, of Yuba County.
Hoover was arrested on suspicion of manufacturing a controlled substance and unlawfully causing a fire in a structure.
Police say it is believed that during the manufacturing process, butane honey oil was placed in a refrigerator. An explosion then occurred, causing the fire.
The business is believed to have been unoccupied at the time of the explosion and fire, No one was injured, and no other businesses were displaced. 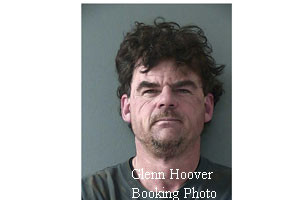