Sometimes a long journey makes you glad to get back to where you started. After two years of research into options for the store’s future, the leadership of BriarPatch Co-op Community Market has concluded that the market will remain at its current location at 290 Sierra College Drive for the foreseeable future.

Since May of 2007, when the cooperatively-owned grocery store moved from a much smaller building just down the hill on Joerschke Drive, its business growth has vastly exceeded expectations, raising the question of how to best manage that success.

“Our growth presents very real challenges, and we have been seeking to meet those challenges in ways that best represent who we are as a community-owned co-op,” said Chris Maher, BriarPatch’s General Manager.

Since 2014 the store’s management and Board have been exhaustively exploring options, the major ones being moving to a larger store, improving the current store, and opening a second store.

“We got market studies, worked with experts in various fields, and received lots of input of owners and shoppers,” said Maher.

With this thorough consideration, Maher and the Board concluded that the best choice is to renew the lease on their current space on Sierra College Drive – which comes due in 2017 – and improve the building to accommodate growth.

The Sierra College Drive store, which was developed in 2006  by Calloway LLC (the Litton family and Greg Francis) to fulfill the Co-op’s requirements, is under a 10-year lease, with options to renew for two additional 10-year terms. “The support and cooperation of both Calloway and the City of Grass Valley were absolutely essential in making this store possible,” said Alan Weisberg, BriarPatch Board President.

A number of sites were considered for relocation, but all proved to be either infeasible, unsuitable, or too expensive. Nor was opening a second store found to be a viable alternative at this time. A survey that BriarPatch conducted in April of 2014 showed a variety of views from the store’s owners and shoppers, including many supportive of staying at the Sierra College Drive location.

The intention now is to improve the store on many fronts. Plans for remodeling the shopping and dining areas are already being developed. The warehouse spaces will be improved in order to provide a more efficient workspace for staff, as well as to make room for large-volume, discounted purchases whose savings can then be passed on to shoppers. The parking area will be expanded and the driveways modified to improve accessibility.

The Co-op and Calloway LLC will be working over the coming months on the terms for renewing the lease and making improvements.

Now that a direction has been determined, both Board and staff are excited about sharing new plans and design ideas with owners and shoppers, in a dialogue that will take place throughout 2016. BriarPatch will hold its annual Owner Meeting on October 8.

Expressing the general sentiment, Maher said, “We’re eager to keep improving the Sierra College Drive store for the community and to continue enjoying our beautiful home.” 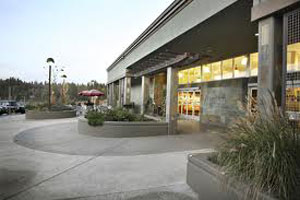