A call for a breech of contract or property dispute ends with an arrest for burglary and grand theft. Sheriff Keith Royal says that deputies arrived at the residence in the 13000 block of Highway 49 to find that a garage had been compromised and items were missing.

The victim showed officers the garage and identified a potential suspect who was known to the victim.

Royal says the victim had initially confronted Attebury about stealing the items.*

Armed with that information, deputies located Attebury at a location near Alta St and Ridge Road in Grass Valley where he admitted he had broken into the garage and stolen the items. 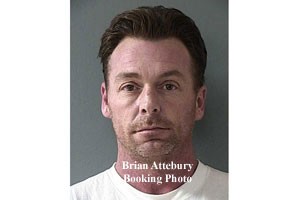 Brian Attebury was arrested for burglary, grand theft, and violation of probation and booked into the Wayne Brown Correctional Facility.