Burglary Suspects Arrested in Lake of the Pines

Two suspects have been arrested on Burglary and other charges after Nevada County Sheriff’s Deputies were called to check on suspicious activity at an home in the 14 thousand block of Sky Pines Rd.at 1:45 pm Sunday. Lt. Bill Smethers says deputies were told by a neighbor that a man and a woman were seen jumping a fence and entering the back of the house that was unoccupied. Deputies located a female in a vehicle parked just down the road and made contact.

Just then another neighbor who was walking a dog said there was a man down the road dressed in black clothing hiding in the bushes.

While the suspects were being questioned deputies inspected the residence and found the front gate had been cut with bolt cutters and there ws forced entry made to the residence through the garage. Meanwhile back at the vehcile deputies found a number of tools and two locked suitcases. Keys for the suitcases were discovered in the master bedroom of the house. 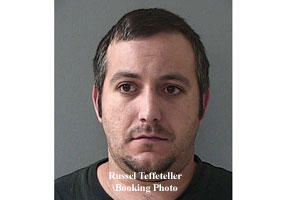 The two suspects, 31 year old Russel Earl Teffeteller and 28 year old Kayla Michele Robinson , both of Grass Valley, were taken into custody for possession of stolen property and burglary and there were several items of burglary tools located in the vehicle as well. 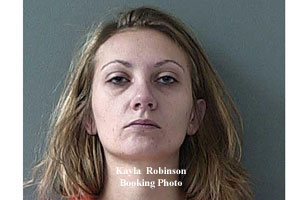