A Grass Valley man attempting to burn his house down threw gasoline on several police officers. Grass Valley Police Captain Rex Marks says the incident happened on Saturday afternoon on Hill Street. The Captain says a domestic dispute involving 48 year old Alan Trewin led him to threaten to burn the home down. Trewin barricaded himself in a room and refused to come out. When officers kicked down the door to the room, Trewin threw a liquid on them.
Click here to listen to Captain Rex Marks 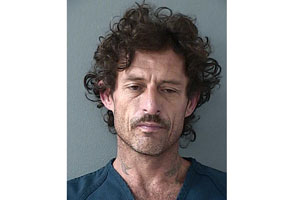 The police officers were not aware the liquid was gasoline. As they fired a tazer at Trewin, the spark from the tazer ignited the gasoline and a fire erupted. Fire fighters were able to quickly douse the flames causing minimal damage, Trewin was taken into custody for arson, domestic violence, assault on a officer, and throwing a caustic chemical. He remains in the Wayne Brown Correctional Facility with bail set at a quarter of a million dollars.
—-

A Grass Valley woman had the door to her home kicked in by gun wielding suspects. Grass Valley Police Captain Rex Marks says a residence on Dorsey Drive had two suspects kick in the front door to her home, on Saturday. The Captain says a male and female were looking for a man who sometimes stays at the residence. Marks says the victim was threatened with a baseball bat.

The Captain speculates the male the suspects were seeking was involved in some type of drug activity. There is no information the victim had any involvement. The Captain is asking anyone with information on this crime to call the Police. 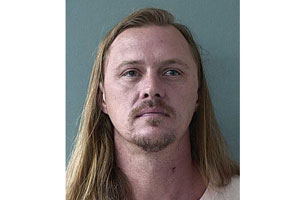 A good time at the Nevada County Fair led to violence at a Lidster Avenue home Sunday night. Grass Valley Police Captain Rex Marks says a couple were involved in an altercation at the home after both had been drinking at the fair. Officers loctaed 38 year old Michael Hayden of Grass Valley at the home. Captain Marks says the victim made two telephone calls to report the domestic violence incident.
Click here to listen to Captain Rex Marks

Hayden was taken into custody for domestic violence. The Captain says the victim was not seriously injured and did not require medical treatment.