A man suspected of selling large quantities of methamphetamine in Nevada and Placer Counties was taken into custody at a Grass Valley Motel Tuesday. Sheriff Keith Royal says that 29 year old Jack Noriega is a parolee at large from the Truckee area and the Narcotics Task Force had information he was staying at a South Auburn Street motel. Around 2:00 PM officers saw Noriega exit a room at the motel and made contact arresting him for the warrant. At that time they approached the room.
Click here to listen to Sheriff Keith Royal 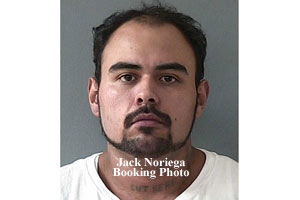 Also in the room with Summer Donaldson was a two year old child that was turned over to Child Protective Services. A search of the room turned up a number of illegal items.
Click here to listen to Sheriff Keith Royal

Noriega and Donaldson were both transported and booked into the Wayne Brown Correctional Facility on various charges.

In a separate event,  Nevada County Narcotics Task Force officers were looking for one suspect and found two on Tuesday. Sheriff Keith Royal said that a warrant for 25 year old Jessie Mulligan had been issued for a Bush Road address at which she had been staying. Mulligan had been involved with drug related activity including being arrested for possession of several ounces of methamphetamine hidden on her body in January. Upon arrival officers located Mulligan, but also living at the residence was a Michael Young.
Click here to listen to Sheriff Keith Royal 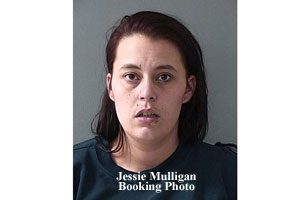 Both Jessie Mulligan and Michael Young were once again booked into the Wayne Brown Correctional Facility.