If you currently own or plan to own an electric car in the future, the California Energy Commission may be able to make your car charging a lot more convenient.  The CEC is moving ahead with what they call DC Fast Chargers for California’s Inter-regional Corridors program.  $9.97 million  is available for awards to bidding companies that can install super fast electric car chargers on certain corridors of California. Nevada County Transportation Commission Executive Director, Dan Landon says all the details haven’t been released yet, but it looks like some of those chargers would be in Nevada County.
click to listen to Dan Landon

Landon says other corridors have already been approved to receive fast chargers.

Landon says in all 15 corridors have been identified including US 101 from Santa Rosa to the Oregon Border, I-580 from the Bay area to Stockton and one in the Merced area. But so far the Energy Commission is not saying when the actual awards will take place, when is construction anticipated, or where will the chargers be located,.

Landon hopes to have more information after the first of the year .
— 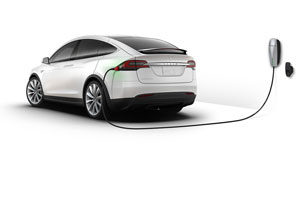