The Four Day WorldFest music festival had a very successful run at the Nevada County Fairgrounds this year, bringing lots of music, entertainment and  people together. Ben has been making the trip with his family from Petaluma for over 14 years.

Ben’s friend from Chico showed up wearing a Kilt, and explains. 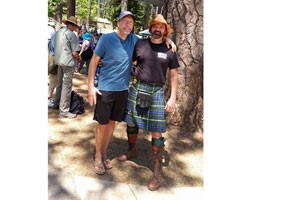 This was the WorldFest ‘s first year under the banner of the Nevada County Center for the Arts. Executive Director Julie Baker says that worked to bring the festival home.

Baker says they are working to make next year even better.

More local people seemed to be attending the worldFest this year 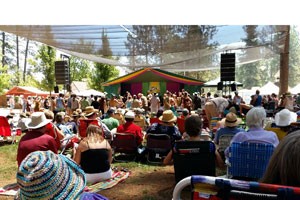