Campers worried about potential fire danger as a result of the behavior of other campers at the same location were not greeted kindly when they approached the other campers. Nevada County Sheriff Keith Royal says that officers responded to an assault call Saturday night reporting the incident at Bowman Lake Campground east of Nevada City.
Click here to listen to Sheriff Keith Royal

The victims attempted to talk to the suspect campers about their concerns, but were not received well. At that time the victims decided to write down license plate information just in case a fire or some other issue arose from the suspects behavior. The suspects became irritated so the victims returned to their own campsite.

to make peace with the campers.
Click here to listen to Sheriff Keith Royal
The second suspect hits another victim in the back with a wrench and the suspects retreat to their own campsite.
The victims drove  eight miles back towards town in order to get cell phone reception and called the sheriff. 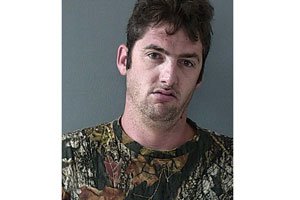 Adam Hale and Jeff Piland were subsequently arrested for assault with a deadly weapon and other related charges.

Why are these two people out of jail? When they have hurt and threatened people quietly camping?!? Shouldn't their bail have been set at one million OR no bail? It's absurd that they are now walking among us. What will set them off next? A neighbor's barking dog? A car driving too slow in front of them? Do they have weapons in their homes/cars?
Scary.

To respond to the above comment I understand ur concerns but in this country we have rights. EVERYONE is innocent until proven guilty! My husband is a combat veteran and has fought for all of our rights and freedom. The suspects will go to court and its up to a judge and or a jury of their peers to determine their guilt or innocence. And if anyone is found guilty they will pay for their crimes and do not need to continue to pay for what they have done by people who have nothing better to do or think they r better than others. So unless u have never made a mistake or were involved u should keep ur self righteous comments to yourself.

Look up the word " alleged" before making a judgment on anyone and slandering anyone there is such a thing as "due Process" and if anyone cares to check there has been no formal charges made from the District Attorneys office. Both parties were released because I could speculate has to do with actual evidence not listening to the media or the sheriff alone. As I understand there was no law enforcement present at the time of alleged events.

Some weird stuff happens out there in dem der woods. It's not my idea of a fun place since many of the "campers" are aggressive noisy and disrespectful. They go there to hoop it up in a way that they can't in most parks and guns go off at all hours. Fireworks in the middle of the night. I've been there, scared to death feeling like I was living in the 1800's with no law and won't go back. This is also the area where a woman was once found zip tied to a tree .. left for animals to eat.. where a dog was shot at for target practice last year.. No thanks!