In his new position, Close, a 19-year district veteran, will oversee all water treatment, distribution and administrative functions of the 44-employee department.“Chip has continually demonstrated his dedication to the district and his adaptability,” Scherzinger said.  “His depth of knowledge and history will help provide continuity and stability within the management team as we move forward.”

Close joined NID in 1994 and as a member of the Purchasing Department began to study water treatment.  He earned his state license and became a water treatment plant operator.  He moved into senior and chief water plant operator positions and went on to serve for eight years as NID’s treated water superintendent.  He was named interim manager of the Water Operations Department last November. 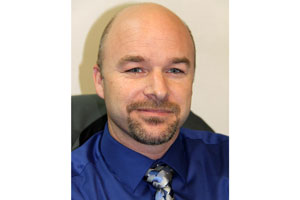 Close resides with his family in Grass Valley.