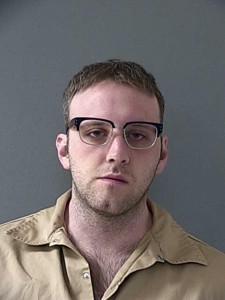 Homicide Suspect Cody Feiler who was held to answer for the murder of 75 year old James Turner of Alta Sierra  entered a plea of No Contest this morning in Nevada County Superior Court .  Nevada County Assistant District Attorney Anna Ferguson says sentencing has been scheduled for  September 24th.
click to hear Anna Ferguson

On February 10th, 2011 Turner had been walking  home from visiting a friend who was fixing his computer and was walking near the Alta Sierra Airport where Feiler also happened to be at the time.
click to hear Anna Ferguson

Turner lingered in the hospital where he died 10 days later. Feiler was initially found  incompetent to stand trial for the murder and was sent to Napa state hospital. Ferguson says he was treated and his competency was reinstated to the point where he could assist his attorney in his defense,and Feiler was returned to Nevada County to face the charges. Feiler is represented by Public Defender Keri Klein.  The Assistant District Attorney says it’s a common misconception that life in prison means someone will die in prison. She says that’s not the case in California.
click to hear Anna Ferguson

Ferguson says Feiler will receive psychiatric evaluation  and most likely  serve out his sentence  in Napa State Mental Hospital.