A dedicated activist and longtime leader of the Red Cross of Western Nevada County, John Zwerver,  died Wednesday at the age of 71.  Zwerver who lived in Nevada City  was also an active member of the Sierra College Choir and Sierra Master Chorale and a Chaplain at Sierra Nevada Memorial Hospital. 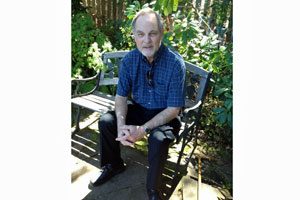 His good friend Jim O’Brien says Zwerver recruited him to work with the Red Cross after the two had met in the Bay Area where they both participated in a Stanford University Conference for Peace in 2001.

Since 1990, Zwerver and his wife Carolyn Anderson  co-directed Global Family,, an educational peace organization with the mission to support a shift in consciousness from separation and fear to unity and love.  Zwerver also worked with  Hospitality House in the early years as project manager when they were trying to get their own building to shelter the homeless.

Thank you for honoring John in this way. He was a remarkable, loving, brilliant man. He will be missed.