The Dog Bar Road bridge over the Bear River is in need of repair, but should the county spend just over $103,000 dollars for an engineering study to replace it if the bridge could ultimately end up under water? The issue came up during the Board of Supervisors meeting Tuesday because Nevada Irrigation District has announced plans to build a reservoir in the area. Nevada County Principal Civil Engineer and manager for the bridge project , Joshua Pack, says he is aware of the predicament.

Pack says it could be 10 years or maybe more before the Parker Dam and reservoir does get built. 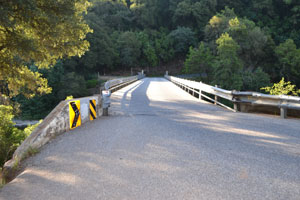