Joe Christoffel, Deputy County Executive/CFO, has announced his retirement which will be effective at the end of this Fiscal Year, June 30. Joe started with the County in 2002 and has been instrumental in maintaining the fiscal health of the County during a time of great economic uncertainty. 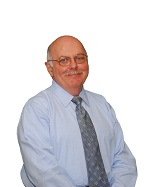 County CEO Rick Haffey says Christoffel  instituted prudent budget practices and an annual budgeting process which has served the County well and has engendered the confidence of the Board of Supervisors and the county CEO.
Joe has been  instrumental in many County projects that led to maintaining the financial stability of the County, including negotiating a 20-year comprehensive Solid Waste Franchise Agreement with Waste Management increasing county franchise revenues by $900,000 annually; refunding the County’s Facilities Certificates of Participation (COP) bonds resulting in saving approximately $50,000 in interest annually for the remainder of the bond life; providing key analysis during labor negotiations; overseeing the Airport operations through some knotty issues;  and often coming to the rescue of many a County Department when they had found themselves facing financial challenges.
Joe will also be remembered for his Midwestern sensibilities and sayings such as “we must keep our powder dry” and “vigilance above all” and “let the issue mature”.
The county  will begin to recruit for Joe’s replacement this spring and will work toward a smooth transition