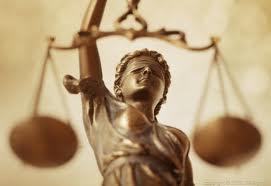 that his office, together with 43 other California District Attorneys and the City Attorneys in San Diego and Los Angeles, has filed in Ventura County Superior Court and settled a civil law enforcement action against CVS Pharmacy, Inc., headquartered in Woonsocket, Rhode Island. The lead District Attorney’s Office in the action was Ventura County. The settlement resolves allegations that CVS violated California laws for the safe storage, handling and disposal of sharps waste, pharmaceutical and pharmacy waste, photo waste containing silver, and hazardous waste generated from spills and customer returns of hazardous products.
click to hear Cliff Newell

The California investigation began after discovery of an investigation of CVS by environmental enforcement officials with the State of Connecticut. Acting in response to that information, inspectors with Environmental Health Divisions conducted a compliance review at local CVS stores and found evidence of improper storage, handling and disposal of hazardous waste and pharmaceutical waste products. District Attorney Investigators from throughout the state teamed up with these inspectors, as well as the California Department of Toxic Substances Control to work cooperatively with CVS to address findings of statewide violations of law at CVS stores. As a result of the investigation and prosecution, regulated wastes produced by California CVS stores must now be properly stored, handled and transported, and disposed of at proper facilities with appropriate records kept documenting compliance with lawful procedures.

The alleged violations occurred over a seven-year period at hundreds of California CVS stores, pharmacies and distribution stores, including Long’s Drug Stores that CVS acquired and converted to its brand. CVS currently operates 23 stores in Ventura County.