A local alternative doctor and his son in Nevada County Superior Court Monday morning. Harvey Bigelsen and his son Joshua appeared before Judge Linda Sloven in what should have been a pre-trial conference, but ended quickly as an attorney from the Law Office of Mark Garagos referred to a proposed submission of a motion to suppress evidence. Neither Judge Slovin or the District Attorney’s office had received the motion, but Judge Sloven did set a new date to hear the motion in anticipation of the formal documents being submitted to the court.

Harvey Bigelsen a worldwide renowned doctor of alternative medicine says the charges against him and his son are ridiculous. 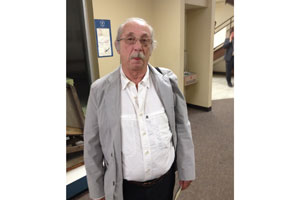 Bigelsen, who graduated from medical school in New York, says that using the title Doctor should not be an issue.

Currently Bigelsen says what he does is not classified as practicing medicine. 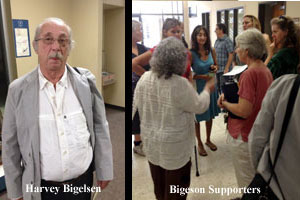 Bigelson is upset the authorities confiscated his microscope. Without that scope Bigelson is unable to work. He also says this all occurred with out a notice to “cease and desist” or a hearing regarding the issues.

Bigelson faces up to one year in jail and a 1000 dollar fine for each charge.
Harvey Bigelson’s trial is pushed out til November 13 to hear the motion to supress. Joshua Bigelsen’s trial is scheduled for pre-trial hearing December 1. The Bigelsen’s retained noted attorney Mark Garagos, of the firm Garagos and Garagos who has represented famous clients such as Michael Jackson, in his molestation trial, Winona Ryder- shop lifting more 5000 dollars worth of merchandise, and Greg Anderson- Barry Bonds personal trainer during the alleged performance enhancement drug years.