A department of Justice led raid on a marijuana grow in the Penn Valley area Tuesday led to 5 arrests and more than 500 marijuana plants and 50 pounds of processed marijuana being seized.
The investigation targeted a drug trafficking organization involved in a large-scale, illegal indoor marijuana growing operation which was cultivating marijuana inside large green houses and supplying processed marijuana to dispensaries in the Los Angeles area and Arizona. 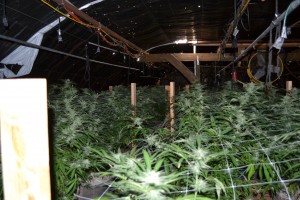 During the operation, which began in January of this year, agents served four state search warrants at four locations in the Penn Valley and Smartsville areas. The investigation has resulted in five arrests, and the seizure of more than 500 mature marijuana plants, 50 pounds of processed marijuana, two loaded firearms (one semi-automatic handgun and one revolver), more than 870 rounds of ammunition, and small amounts of cocaine and methamphetamine. 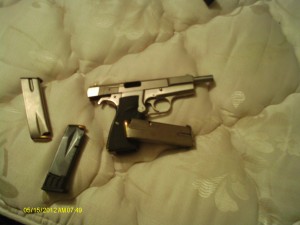 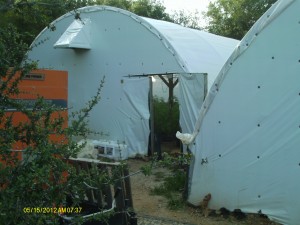 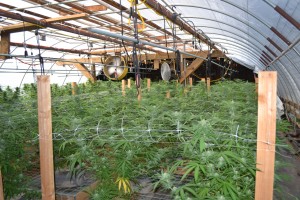