The Dorsey Drive Interchange project has been selected as an Outstanding Project Winner for 2014 by the American Society of Civil Engineers Sacramento section. Nevada County Transportation Commission Executive Director Dan Landon says it was a long process from the time the project was first proposed in 1985 at a cost of $2.54 million to the November 2014 completion of the project at $15.2 million dollars.

The award was presented during ceremonies in Sacramento Wednesday evening.
click here to listen to Dan Landon
Landon says he was given the honor of giving a brief overview of the project to the people that were assembled. 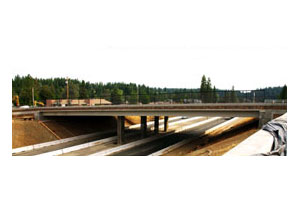 What took so long was getting all the approvals in order and then getting the funding in place.  The City of Grass Valley ended up contributing $4.54 million to make the financial package come together.

The City of Grass Valley was the owner of the project. Grass Valley Chief Engineer Tim Kiser says he is very proud of the work done by his staff.

HDR construction was in control of the project, Caltrans did the design, Holdrege and Kull were the Geotechnical Consultants and McGuire and Hester was the Contractor. 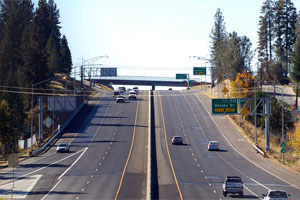 The Dorsey drive interchange has made access to Sierra Nevada Memorial  Hospital quicker, relieved congestion in the Brunswick basin and improved fire response time from the Fire Station on Sierra College drive, Improved capacity for future growth by widening the existing bridge and adding through lanes and left turn lanes, improved pedestrian safety and commuter options for the residents, many of whom are senior citizens, and  Improved stormwater quality by the addition of oil water separators and sand trap drop inlets.

It is clearly obvious that the engineers who voted this to be the construction of the year, clearly do not drive on it