Early this morning the Nevada County Sheriff’s Narcotics Task Force, Major Crimes Unit, served a search warrant at the residence of 54 year old Daniel Meinke in the 19000 Block of Purdon Rd. Meinke is a convicted felon and restricted from owning or possessing firearms. Sheriff Keith Royal says It was believed that he was in possession of a large number of firearms as well as possibly state prohibited weapons. 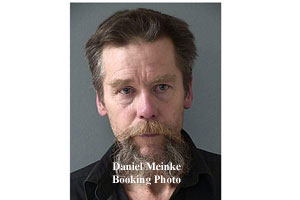 Mr. Meinke was contacted and detained without incident. A preliminary search of the residence also revealed buried items.

In addition to the drums, members of the evidence recovery team found something else. 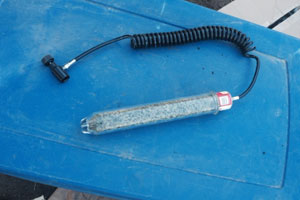 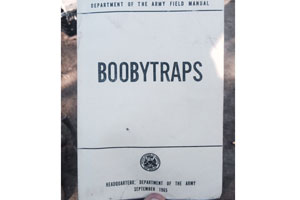 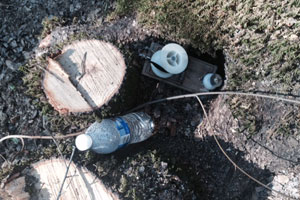 For the safety of the personnel on the scene, the search was stopped and Placer County Explosive Ordinance Disposal has been requested to evaluate the device.

Mr. Meinke has been booked into Wayne Brown Correctional Facility for violation of Penal Code Sections 29800 (a)(1) – Felon in Possession of a Firearm and 12022 – Armed in the Commission of a Felony, as well as Health and Safety Code section violations of 11374.6 – Manufacturing a Controlled Substance and 11359 – Possession of Marijuana for Sale. The Sheriff says there may be additional charges added pending the completion of this investigation.