DUI and Speed Lead to Arrests

Guillo was taken into custody for suspicion of felony drunk driving and booked into the Sierra County jail. The injured passenger was flown by helicopter to Enloe Hospital in Chico, were he is listed in fair condition.

In a second story… 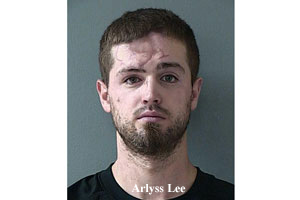 A Grass Valley man was clocked at one hundred miles an hour while driving under the influence. CHP Officer Justin Barnthouse says 26 year old Arlyss Lee was observed at close to a hundred miles an hour on Highway 49 near Street Road, Friday afternoon. Officer Barnthouse says when the officer checked Lee he saw the signs of alcohol intoxication.
Click here to listen to CHP Officer Justin Barnthouse

Officer Barnthouse says Lee was found to have a revoked drivers license and was charged with a felony DUI because of three prior arrests for driving under the influence.  Lee’s car was towed in addition to his felony arrest.