The driver who ran his vehicle into a CHP Patrol Car on Highway 49 near La Barr Meadows Road Monday afternoon has been arrested on a Felony charge of DUI.  CHP Officer Reaves Douglas was stopped at a red light when he was struck from the rear by a vehicle driven by 62 year old Harold Goodman of Grass Valley. Goodman was reported as being belligerent with staff at Sierra Nevada Memorial Hospital where he was taken for evaluation. Officer Douglas was taken to Sutter Roseville Hospital where he was treated and has been released. CHP Officer Tassone says Goodman reportedly was under the influence of a mixture of controlled substances, including prescription medications. He was arrested for suspicion of driving under the influence causing bodily injury, and was being held in county jail on $75,000 bail. The investigation of the accident closed traffic on Highway 49, south of Grass Valley, for a little over an hour. 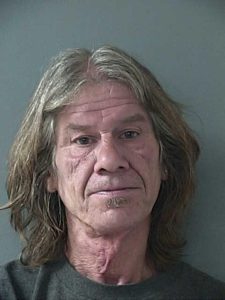