One domestic violence suspect decided to tell officers he was not going to be arrested. Nevada County Sheriff’s Captain Jeff Pettit says deputies went to a home on Hallwood Place in Grass Valley. The victim said she had been pushed, shoved, and the suspect broke her cell phone to prevent her from calling law enforcement. Captain Pettit says 36 year old Joshua Kerley was found outside the home. When Kerley gave a statement he told deputies they were not going to arrest him.
Click here to listen to Captain Jeff Pettit 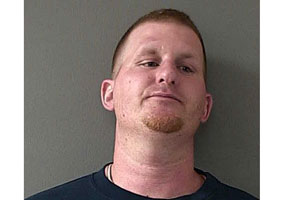 Kerley was taken into custody after resisting the Deputies. Captain Pettit says Kerley was booked into the jail for suspicion of domestic violence, threats, false imprisonment, assault on a officer, and destroying a telephone. The deputies suffered minor injures in making the arrest.