When Waste Management took over operations at the McCourtney Road Transfer Station in July of last year, part of their contract  with the County included them doing  a  study on fixing up the McCourtney road transfer station or moving the operation to another site.   Nevada County Director of Public Works Steve Castleberry says a first draft of the study is ready for review and identifies a most likely site for moving the transfer station around  the  Bear River Mills Site off  LaBarr Meadows Road. 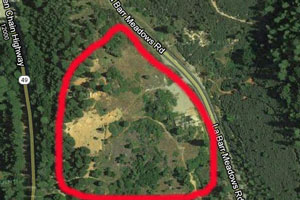 The Solid and Hazardous Waste Commission is the first step in a long process of review before any action is taken on relocating the transfer station, which is likely to be a controversial decision.
Click here to listen to Steve Castleberry

The screening work that was done looked at things like access, zoning, and proximity to existing residential uses.  There were a number of sites that were investigated but the Bear River Mill Site seemed to be one that was worth perusing, even though, as Castleberry says, the property is in private hands and the owner may not want to sell. There’s also the issue of cost and who pays for a new site, which Waste Management is saying could run between 20 and 30 million dollars.