A 19-year-old accused of hiring juveniles to tend bar and provide security at parties he promoted on Facebook was arrested Tuesday by Placer County Sheriff’s deputies. Roseville resident Zachary Fischer had invited more than 4,000 teenagers to an Aug. 3 party in Loomis, law enforcement says.
Deputies arrested Fisher on suspicion of contributing to the delinquency of minors…and for conspiracy.
Det. Jim Hudson with the Placer County Sheriff’s Department says the events were held when mom and dad were out of town.
click to hear Det. Hudson

The parties are a problem for law enforcement….deputies encountered hundreds of juveniles drinking alcohol at a July 16 gathering in Granite Bay…but for promoters they’re profitable, Det. Hudson says.
click to hear Det. Hudson 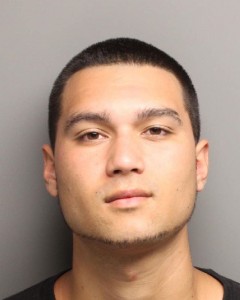