One man has been arrested and the investigation continues of a series of  fraudulent prescriptions for narcotics that were filled at area drug stores.  Captain Rex Marks of the Grass Valley Police Department says their investigation into the matter began last May when the bogus prescriptions were reported  as being passed at local CVS and Walgreens Drugstores.  Captain Marks says several hundred narcotics pills  were acquired.

With the assistance of agents from the Department of Justice and Nevada County Sheriff’s office, Capt. Marks says  a search warrant was obtained and served at a   residence in the county where a suspect was taken into custody. 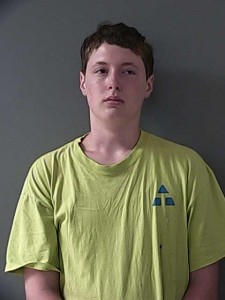 Johnson is being held on a charge of obtaining controlled substances under fraud and commission of commercial burglaries.  Capt. Marks says the investigation is continuing.