A house fire in Cascade Shores about 9 o’clock last evening destroyed one home. A neighbor says the fire broke out in the 13 thousand block of   Gas Canyon Road just a few houses down from  Banner Quaker Hill Road.
Click here to listen to Neighbor Witness 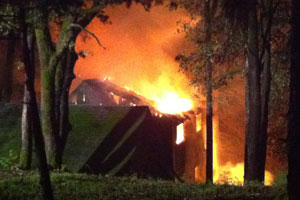 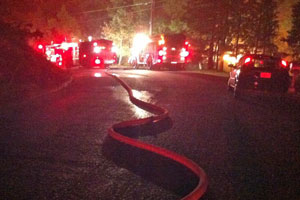 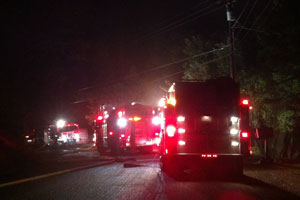 Chief Ray says the new fire hydrants that NID recently installed in Cascade Shores were a help bu  they did require  further assistance from water tenders to fight the fire.  Firefighters from Nevada City, Grass Valley, Nevada County Consolidated, Ophir Hill  and Peardale Fire Departments responded to the call.  Firefighters are still on scene today doing mop up and working with the insurance company to determine the cause of the fire.