It didn’t take long for Nevada County officials to perform the first same-sex marriage once the Ninth Circuit Court of Appeals officially lifted the ban. Amanda Burton and her partner were at the County Clerk’s office right at 8 o’clock yesterday (Monday) morning… 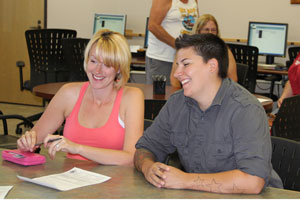 The 26 year-old Burton and her partner Sierra Sparks have been together for a year and a half, and they had a commitment ceremony earlier, but Burton says having a wedding is important, to make everything legal… 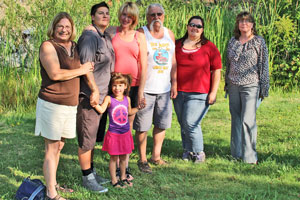 The couple is raising a four year-old, and Sparks is pregnant, which Burton says is the most important reason for them to be legally married..

The U-S Supreme Court overturned California’s Proposition 8 last week, but it was also announced at the time that same-sex marriages would not be allowed until the Ninth Circuit dissolved a stay enforcing the ban. At the time, it was said that the process could take about a month, but the court acted quickly, and lifted the stay on Friday.