Fugitive Arrested Outside of Truckee

A fugitive from the state of Nevada was apprehended after a traffic stop outside of Truckee near Boca on eastbound Highway 80 Tuesday. CHP officer Pete Mann says that an on-duty officer spotted a vehicle with illegal tinting and initiated a stop.
Click here to listen to CHP Officer Pete Mann

Upon checking the verbally identified credentials, the officer received no return from the system. At that time the suspect began to change his story. Since there was no identification, no return of information from the system, and no consistency in the suspect’s story he was taken into custody for driving without a license on a highway. Officers subsequently conducted an inventory of the vehicle and discovered a letter addressed to a Scott Culton.
Click here to listen to CHP Officer Pete Mann 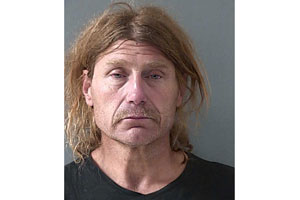 Culton was taken into custody and transported the jail in Truckee and then transferred to the Wayne Brown Correctional Facility.