Rangers watching a group of individuals interact at the South Yuba River State Park at Bridgeport Wednesday afternoon noted a glass item and approached the group to enforce the “no glass” regulations. Supervising Ranger, Don Schmidt, says that one subjects behavior in particular caught the ranger’s attention.
Click here to listen to Supervising Ranger Don Schmidt 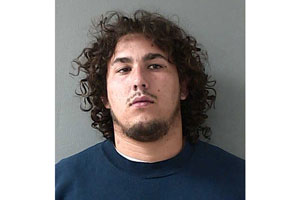 After a short discussion with the subject, Daniel Mejia 23 of Olivehurst, it was determined the smoking material was concentrated cannabis.  According to Schmidt, though Mejia claimed to have a medical marijuana card, he did not have it in his possession.  Mejia was booked into the Wayne Brown Correctional Facility for possession of concentrated cannabis.