Grass Valley Police found themselves in a standoff with a heavily armed gunman last evening.

Grass Valley Police Lt. Alex Gammelgard says the involved party identified through the investigation was a Grass Valley resident, 43 year old Troy Lemons. Lemons had apparently had a dispute with his roommate who was trying to evict him from the apartment. Instead of leaving, Lemons barricaded himself inside the apartment.

The hostage negotiator made contact with Lemons first with text messages and eventually by telephone to talk him into leaving the apartment.

The standoff lasted 5 hours until about 9:30 pm. During that time all neighboring apartments in the complex were evacuated. Lemons was cooperative with law enforcement, leading to a search of his residence . Contraband located consisted of a modified illegal assault rifle, magnified laser, functioning and loaded assault rifle magazine, ammunition, custom made suppressor, and edged weapons, methamphetamine and associated paraphernalia. 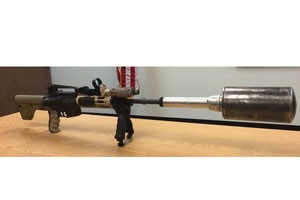 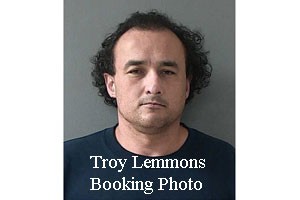