Both Bear River and Nevada Union had students competing in two different locations across the state on Saturday. The Parliamentary Procedure teams traveled to Modesto where they competed while the agriculture mechanics teams, forestry, horse judging team, creed speakers and job interview contestants traveled to Arbuckle, CA.

At the Arbuckle field day Nevada Union’s top freshman students competed in the Creed speaking contest in which Keyrstan Raymond took second place overall. Shelby Graham took 10th place in the Job Interview contest and Nevada Union’s Forestry team took 6th while Brianna Cebollero scored a 3rd high individual award in the contest. Bear River Horse judging team started out strong taking 8th out of 26 teams, with Macie Lazalier an impressive 11th. The completion heated up in the area of agriculture mechanics, where both Bear River and Nevada Union picked up where they left off last season. 125 students from 38 different high school scattered across all of California came to compete in the agriculture mechanics contest. Each student was required to take a written test, complete a problem solving task, wire and electric project, demonstrate their plumbing abilities, work with the cold metal process and analyze electric motors and controls. Out of all of the schools and contestants that converged on Arbuckle to take part in this event two teams left felling victorious and 4 of the top 10 scores in the contest and 3 of the top 5 teams came from our district. Bear Rivers agriculture mechanics team consisting of Aaron Smith, Alex Nelson, Caleb Marsh and Jared Kilgore placed first in the completion followed by Nevada Unions Team in second consisting of Cole Jarvis, Evan Frazier, Hunter Golden and Wyatt Price. In addition Nevada Union’s Wyatt price placed second overall in the contest. “It is really rewarding to see the students hard work payoff in such a big way and it feels good to the see the pride the students in our district have in the work they produce. The community really supports these students and without companies like Sierra Plumbing Supply and Sierra Metal Fabrication making generous donations the students would not be able to compete at the level they are now” said Luke Browning, Nevada Union High School Agriculture Mechanics Instructor .

Great start to the 2015 FFA contest season. Both schools will have teams back in action March 6th and 7th at UC Davis. 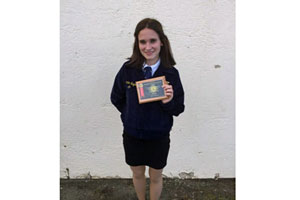 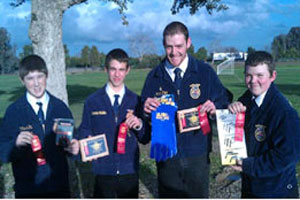 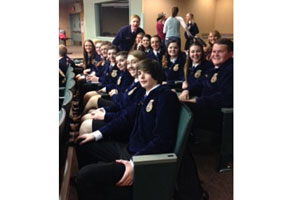 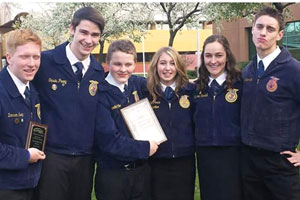