Grass Valley Police made several arrests for possession of drugs and paraphernalia over the weekend. The first arrest was booked into the Wayne Brown Correctional facility early Saturday morning. Sgt. Joe Matteoni says the incident began when an officer spotted a car with illegally tinted windows in the area of Catherine Lane and Glasson Way. The vehicle stopped to let a passenger out just after the officer spotted the car but prior to the traffic stop. The officer initiated the stop and made contact with the driver who was cited for driving on a suspended license. The rear passenger in the vehicle, 43 year old Glen Smith was found to be in possession of narcotics.
Click here to listen to Sgt Joe Matteoni 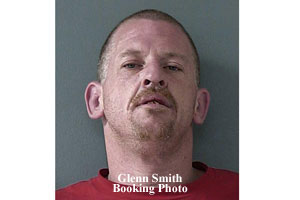 Officers made contact with the third passenger that had gotten out of the car prior to the stop but he was not charged with any crimes.
—
Three other drug related suspects were booked early Monday morning.  Sgt. Matteoni says the first suspect, a 22 year female Erinlee Thacker, was recognized by Grass Vally Police for being on probation and was stopped. Thacker appeared to be under the influence and was searched.
Click here to listen to Sgt Joe Matteoni 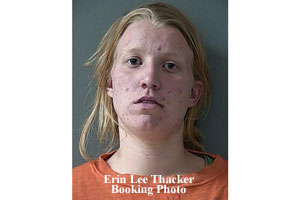 Thacker was taken into custody.

A short while later officers located a vehicle in the Safeway parking lot in downtown Grass Valley with two suspects, Richard Kenney 39 and Paul Domike 47 inside the vehicle. The driver, Richard Kenney was driving on a suspended license. A vehicle search located two backpacks
Click here to listen to Sgt Joe Matteoni 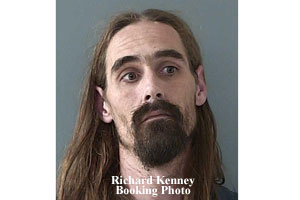 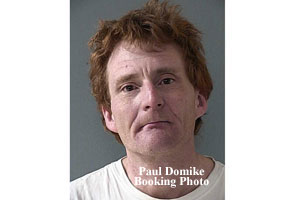 Over 4 and a half grams of suspected methamphetamine was located between the two backpacks. Both Kenney and Domike were taken into custody for possession of a controlled substance. Kenney had a transportation of a controlled substance and driving on a suspended license added to his charges.
—
Grass Valley Police responded to a potential domestic violence call on Sunday afternoon at a Lamarque Court residence. Upon arrival officers discovered that the male in the confrontation, Keith Jackson age 20, had a restraining order against him.
Click here to listen to Sgt Joe Matteoni 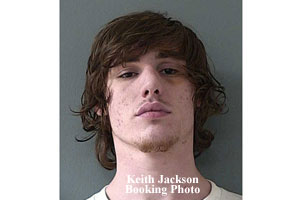 Jackson was taken into custody and charged with violation of both the restraining order and probation.