A Grass Valley man is being held on $100-thousand dollars bail for allegedly drugging and assaulting a 16 year old girl. Grass Valley Police Sgt. Steve Johnson says 35 year old Randolph Scott Gorton was arrested on February 13th, after the mother of the 16 year old girl told police that her daughter had been the victim of a sexual assault a couple nights prior . 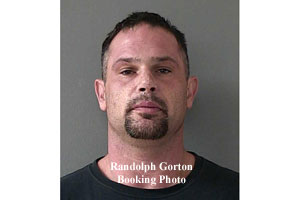 Detectives talked to witnesses and gathered physical evidence and electronic evidence which was communication on Gorton’s cell phone regarding what had happened. . surveillance was set up the next day and Gorton was spotted in his vehicle returning to his apartment on Dorsey Drive and he was taken into custody.

Sgt. Johnson says the child at the apartment was released to the mother after Gorton’s arrest.