A local man wanted for domestic violence has been taken into custody at the same house where the initial crime occurred. Grass Valley Police Sergeant Joe Matteoni says 41 year old Ernest Prendez of Grass Valley was found at a home on Slate Creek Road on Monday. Sergeant Matteoni says Prendez was wanted for a domestic violence incident that occurred on September 3. The Sergeant says officers learned Prendez was hiding at the home.
Click here to listen to Sgt Jjoe Matteoni 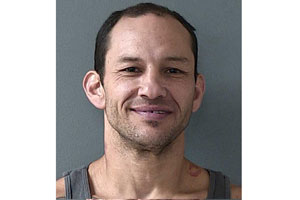 Perndez was booked into the Wayne Brown Correctional Facility on the charges. 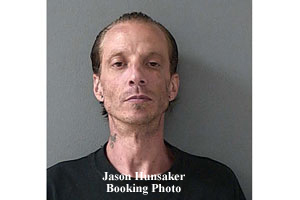 A Grass Valley Police recognized a man with several felony warrants for his arrest standing on a street corner. Sergeant Joe Matteoni says an officer saw 37 year old Jason Hunsaker on the Rough and Ready Highway and knew he was wanted on several felony no bail warrants.
Click here to listen to Sgt Jjoe Matteoni

Hunsaker was booked into the Wayne Brown Correctional Facility for the Warrants, suspicion of possession of dangerous drugs and drug paraphernalia.

Those two upstanding citizens will be back on the streets by Friday. Only until our justice system (which is broken) takes the scum off the streets for good.