Two men have been arrested for allegedly running a honey oil lab  that resulted in an explosion and structure fire on Poke Place in Nevada City on Saturday.  Nevada County Sheriff’s Lt. Bill Smethers says the call came in around 3 p.m.  Firefighters were on scene and reported the source of the explosion appeared to be a BHO or Butane Honey Oil Lab.

Honey oil, which can be smoked, ingested, or vaporized is one of the most potent cannabis products.  The manufacture of honey oil is a dangerous process because highly combustible butane gas is used in the process.  Deputies got a search warrant and located two BHO Labs. 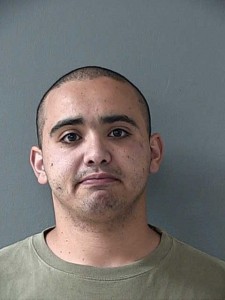 ked Saturday evening into the Wayne Brown Correctional Facility on felony charges of manufacturing a controlled substance and child endangerment.  His bail was set at $535,000.  His fiancee and their baby girl were injured in the explosion and were transported to Sierra Nevada Memorial Hospital with minor to moderate injuries.  They have since been released, but have not been located.  Lt. Bill Smethers says the mother could also be facing child endangerment charges. 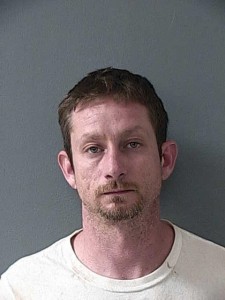 Richard Ray Kuhn, 34, was also booked on Saturday evening on felony charges of manufacturing a controlled substance.  His bail was set at $500,000.  Both men resided at the now-destroyed home.

The fire prompted a massive response, with 5 engines, a water tender, one air tanker and several ambulances.  The concern was a possible extension to the wild land, which is heavily timbered in the area.  Poke Place, where the explosion took place, is close to Deer Creek and sits between downtown Nevada City and the Deer Creek developments.