The Nevada County Narcotics task force has dismantled two large indoor marijuana grows that were located in commercial warehouses on Streeter Road in the South County. Lt. Bill Smethers says the investigation has been underway for the past month, and detectives obtained search warrants for the two warehouses and a residence on Sunnyvale Road in South County where the person renting the two warehouses was living.
The warrants were executed on both locations last Tuesday (Feb.2nd) and detectives located a sophisticated indoor marijuana grow at each of the warehouses.

Deputies located 4 individuals on scene at the warehouses and two of them took responsibility for one of the indoor grows and said they were growing for a cooperative out of the Bay Area.

Detectives also located one person who was in posession of pain medication and had an outstanding warrant and he was booked into county jail.
Detectives also served a search warrant at the house in the 15-thousand block on Sunnyvale Road.

Between the two locations the detectives also seized about $8,000 in cash, packaging materials, money counters , and other items indicating the sales of marijuana. Lt. Smethers says the operation is still under investigation and  the main suspect in the case is still outstanding and they are trying to locate him . 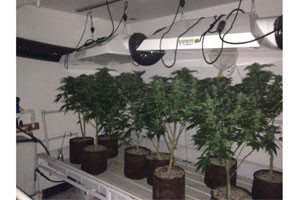 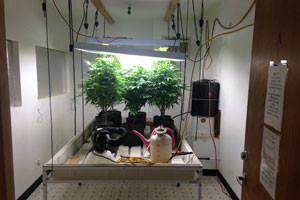 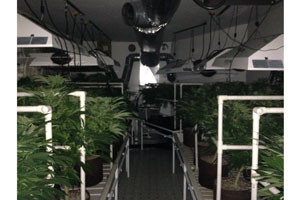 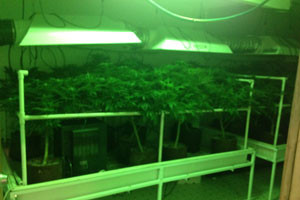